Pity the poor chive. It’s hard to be the shrinking violet in a family full of drama queens. Other members of the Alliaceae family—the showier onions, shallots, leeks, and garlic—seem to totally overshadow the inconspicuous Allium schoenoprasum, the friendly back yard chive. Perhaps people overlook the chive because boiling, frying, or baking destroys most of the chive’s subtle taste and fine aroma. Also, when chives are paired with many of their family members, their taste gets lost. If a dish is heavy on garlic, chives become nothing more than bits of green. The more robust garlic will completely hide the delicate flavor of the more nuanced chive. For many people, a chive is just something that adds color to a dollop of sour cream. Pity these poor fools.

Chives have a subdued oniony taste, and all parts of the plant are edible. Most people are aware of their tender, green, tube-like leaves, but the chive’s flowers and bulbs are also quite tasty. The most common The most common way to use chives is to chop up the fine leaves, but be sure to use scissors rather than a knife. A knife may bruise and tear the leaves, while scissors leave a sharp, clean cut. Sprinkle the chopped chives over soups, salads, egg dishes, and vegetable stews. Of course, boiled and baked potatoes would be naked without a nice coating of chives.

Chive flowers are a light pinkish-purple, and make a festive addition to both soups and salads. Their striking color makes an interesting contrast to dark and pale greens, and their fluffy, near clover-like shape is an unexpected textural foil, especially when compared with other edible,flat-leafed flowers, such as pansies and nasturtiums. Some words of caution here: If serving chive flowers and chive leaves in your salad, avoid using a garlicky or oniony dressing. A nice citrusette helps the chive’s flavor rise. For such a citrusette, simply whisk the juice of two limes or one lemon with a good olive oil. Add salt and pepper to taste, and you’ll have the perfect dressing for drizzling over salads and fresh, chopped veggies. The citrus helps highlight the taste of the chive flowers and leaves, so their veiled pungency will really pop.

Chive bulbs may be used in any recipe that calls for shallots. Since chive bulbs tend to be small, they can be pickled and used as pearl onions. It’s very important to use a sharp knife when mincing chive bulbs. The bulbs tend to be so small that a duller blade may jump, causing serious cuts. Also, avoid roasting the chive bulbs. Long exposure to the higher roasting heats will kill most of their flavor. They do, however, add a perfect dash to sauces where the onion would overpower. They are especially good when used with cream cheese sauces.

In France, the important herbal mixture known as fines herbs relies on the chive as both a vital part of the mixture and as a way to literally tie the herbs together. The simplest way to make your own fines herbs is to take sprig each of fresh chervil, tarragon, and Italian parsley, as well as a few leaves of chives. Tie these herbs together using two additional chive leaves as the string. These herbs work best as a bouquet in soups that have been reduced to a low simmer, and in the last hour of cooking. This prevents the loss of essential oils in the delicate herbs, and the chive “tie” makes it easy to remove the bouquet before serving. Fines herbs are also excellent when finely chopped and sprinkled over salads, scrambled eggs, cucumbers, rice, and dishes with cheese.

The chive is a hardy plant that will come back year after year. It grows in clumps and can be very difficult to grow from seeds. In certain areas of Eastern Europe, people refer to the chive as a witch herb because they once believed it took the power of a witch to get the plant to grow from seeds. Actually, the chive should be called the friendly herb: its clumps multiply so well, the best source for the new chive gardener is a friend with an excess of chives. Simply transfer to your garden a clump with at least six little bulbs in it. Chives grow well in most garden soils, although they do seem to prefer a soil that’s slightly acidic. Chives need full sun, so you’ll want to avoid stretches of your garden that have higher plants or trees that could block the chive’s access to the much-needed light. Chives also need moist soil, so be sure to water when the weather gets dry because chives will not survive a long drought. To harvest chives, cut the leaves close to the soil. Since the plant regenerates from the bulbs rather than from the leaf itself, a close shave encourages growth. Each chive clump will produce three or four growths per season, so the chive is a very giving plant, often producing until the first frost.

Chives do not dry well. Most of their delicate oil evaporates in the drying process, and even commercially dried chives tend to be dull and flavorless. If you have an excess of herbs, the best way to store them is by freezing them. To freeze chives, chop them up with scissors to the desired serving pieces, then quick-freeze them flat on a cookie sheet. Once the leaves are frozen, just put them in plastic freezer bags. To use, there’s no need to defrost. Simply sprinkle them over dishes just as you would the fresh herb.

If you prefer fresh herbs year-round, chives are great for indoor herb gardens. Make sure the chive pot sits in a window that gets full sun, and keep the soil moist.

While chives have no ancient magical use, there is some evidence that chives, along with the rest of the onion family, may have a positive impact on high blood pressure. Historically, chives have also been added to heavier dishes to act as a digestive aid. They also evoke waving summer grasses, helping to dispel mid-winter cabin fever! Their appearance in winter soups and stews provides a taste of spring and summer year-round, like a promise of the season to come.

Dried chive fronds make appealing decorations. They can used in dried flower arrangements as a substitute for dried grasses, and they are striking when braided. If you decide to braid chive fronds, be sure to do so when the leaves are still fresh. Dried chives leaves become very brittle, and do not manipulate well. To dry chives for flower arrangements, the best method is sun drying. This will give the frond a nice, golden color. To dry a braided chive frond arrangement, it’s best to hang the fronds to allow a more even flow of air around them.
Don’t let the subtlety of chives pass you by. Perhaps you’re afraid these little grasses are too common? Well, they are pervasive. Almost every major nation in the Northern Hemisphere has its own name for chives. The next time you want to throw a trendy party, serve something with chives. But don’t tell your friends that the subtle bits of flavor are the common chive. Choose one of the following names instead:

A plain bowl of potato soup suddenly becomes exotic when sprinkled with Aglio ungherese. The lowly bean soup becomes Tuscan when bits of Ciboulette float along the top. Cream cheese infused with Eerit bazalit improves by Biblical proportions. And no one has to know that the lowly chive is what put things over the top. 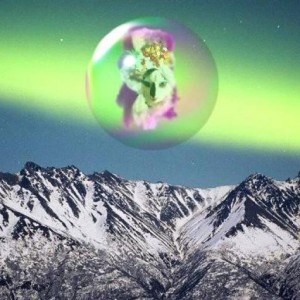