A Fish out of Water

The subaquatic low and unrelenting moan of whales surprised me

Here on the 4th floor of my office building.

I turned from my computer to the window, half-expecting to see

A grey blimp of a huge underbelly drift by,

Barely skimming over the roofs across the way and headed over ours.

No one else turned from their screens,

signalling that they were not so easily distracted,

That the sky outside in this landlocked capital city

Was filled with the largest mammals known to man, outside their normal

habitat, doing the most unusual thing of flying, and sounding utterly distressed.

The heart of a blue whale weighs as much as an automobile,

they can hold a lot of longing for home,

They can ache for the wanting of elsewhere.

There was more than a heavy heart, their cries echoed, they spoke to one another.

And yet, when I looked out, I only saw a sea of endless rectangles of reflections

And not even the people sitting there, all day long, behind those shiny windows.

But there were no whales.  Not even, as far as I could see, a bird.

And still  . . . how they moaned!  The soundwaves felt so thick and strong,

And coming from different directions,

That you could weave them into baskets to gather fish or seashells,

Or fashion a hammock to lie in by the sea to watch the flying, roaming whales dive home,

Their strong smooth forms would slip with a splash between worlds of dry and wet,

Between above and below, majestically.

What could that roaring mean?  Trains?  Planes?

The crisscross of ‘freeways’,

And how could it be that I never noticed it before?

Never stopped my work to search for the sight of whales

Despite all their calling out for me. 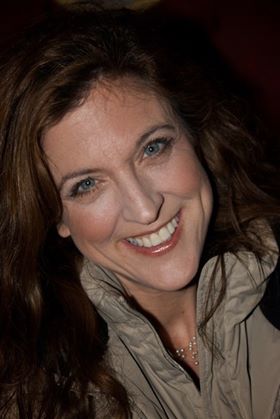 WENDY WINN is a poet, writer, journalist, artist, and radio presenter living in Luxembourg. Her poems will be published in fall 2019 by Black Fountain Press (Luxembourg), as part of a collection featuring the work of three women poets. Her work appeared in Fresh from the Fountain (Black Fountain Press, 2018), and in Moments of the Soul (Spirit First), which awarded her second prize in their annual contest. In June 2019, Wendy won both the jury and public prizes in the Luxembourg European Association of Performing Arts (LEAPA) sonnet competition. Her work has been published on the Italian-based website “Poets in Residence,” in Writings from a Small Country, an anthology of writers in Luxembourg, and The Vincent Brothers Review. She has translated several books, was the editor of Luxembourg’s first English-language newspaper for nearly a decade, and is currently the web editor of the European Commission’s public health newsletter. She also hosts a weekly talk radio show on Radio ARA.
All Posts
Cart
Checkout - $0.00
Scroll to Top